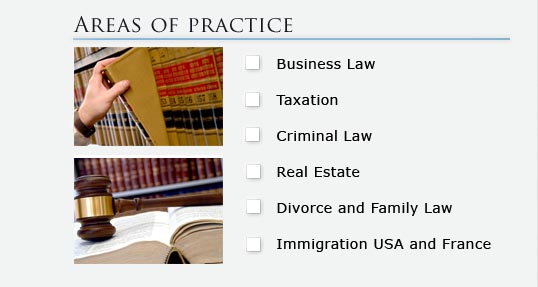 A seasoned trial attorney for more than twenty five years, Pierre Hourcade practices in all areas the law and has represented clients in multiple counties of California. Known for his deep and thorough understanding of French and American Law, Pierre Hourcade is a true advocate for his clients. As such, he is ardent about going to trial when his disputes call for it – litigating with an impressive zeal and a track record of wins to show it – yet he is also frequently singled out by his peers and others within the legal community for his work as a committed mediator and negotiator. He consistently seeks way to achieve ethical and fair settlements.

Pierre Hourcade attended University of Paris La Sorbonne and UCLA Law, where he obtained a LL.M in 1991.

Pierre Hourcade is licensed to practice in Paris California and New York.

Pierre Hourcade began his legal career in 1995 at Coopers, Hurewitz, Epstein in Beverly Hills, then Price Coopers Waterhouse Law firm, a civil and criminal litigation firm. He was then an associate at the Law Firm of Willkie, Farr and Gallagher in Paris.

By 2002 Pierre Hourcade opened his own law firm and supervised and managed a group of attorneys and support staff. With main offices in Paris and satellite offices in Los Angeles, New York and Miami he litigated countless family law matters. 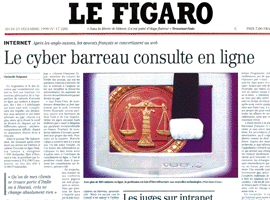 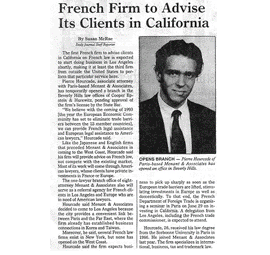 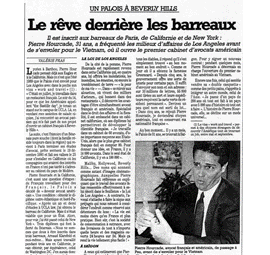 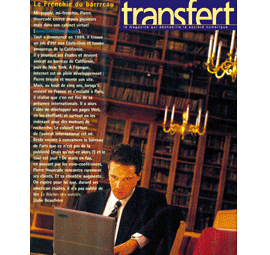 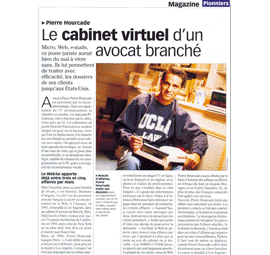 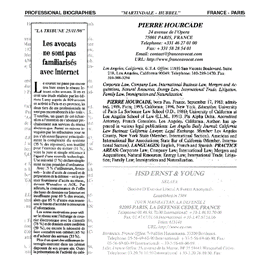